From SEBoK
Editor's Corner
Jump to navigation Jump to search
The printable version is no longer supported and may have rendering errors. Please update your browser bookmarks and please use the default browser print function instead. 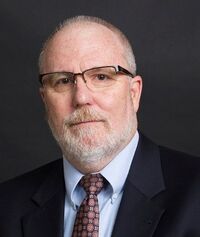 Let me point out before you begin reading, the purpose of this missive is not to point fingers, but rather to muse about whether we as a systems engineering community go back and reflect on previous prognostications. I feel it is important for individuals and organizations to reflect on the past, and see if we can learn anything to help us move forward as professionals. So, here goes …

Have we developed a "resistance to change" – have we as a systems engineering community become slow and lethargic in responding to advances in tools and methodologies? A quick scan of the Internet shows that INCOSE has produced three vision documents since 2007. These vision documents represented the systems engineering vision for the years 2020, 2025, and the latest, for 2035. So let me ask – as a community, do we go back and look at those projections, determine what was correct, and what missed the mark? Do companies that support professional societies, or government agencies, go back and review these?

It is interesting that in 2007, INCOSE published a document titled Systems Engineering Vision 2020 (INCOSE-TP-2004-004-02). In the Executive Summary, it was stated that “In many respects, the future of systems engineering can be said to be model-based.”

As I write this in September 2022, that original vision document was published 15 years ago. Yet, as the program director of a medium-sized systems engineering graduate program, I am approached regularly by companies, government agencies, and others looking for systems engineering talent. The number one skill these representatives are seeking is experience with model-based systems engineering (MBSE). The second ask is some exposure to modeling and simulation at the systems level.

In the INCOSE Vision 2025, released in 2014, one of the imperatives was cited as “Advancing the tools and methods to address complexity.” (Emphasis added.) Today we are only 2+ years away from 2025. If I look at that vision document, and cherry-pick some of the statements from that 2025 vision around modeling, the authors of that document believed that by 2025:

Last week, the University hosted a job fair. As I walked around talking to DoD and industry talent managers, every company hiring systems engineers was begging for graduates that are familiar with MBSE, SysML, modeling, and simulation. It is obvious there is an overwhelming need that we, as academics, may not be satisfying. One student, a mechanical engineer, that took my Fundamentals of SE course, and then applied SysML in his Aerospace Engineering Master's thesis, was hired within 20 minutes of talking to a DoD agency. So, the prognostication was correct, but it seems there are still not enough individuals with the necessary skills. There seems to be an opportunity here - our systems engineering graduate programs need to redouble the efforts in these areas. Additionally, have our companies and agencies fall short of providing the requisite training? Is it realistic to believe systems engineers will learn these skills on their own?

Another interesting prediction in that vision document stated that, “Use of technologies such as simulation, visualization, and gaming will lead to innovations in systems engineering education.” This is consistent with the Editor’s Corner musing from the last two releases of the SEBoK that addressed a/the metaverse.

As I look forward to retirement, allow me to reflect on my time as a young engineer working on the V-22 Osprey in the mid 80’s. The Boeing Corporation had decided to move from paper drawings to CADCAM. They tried to convince the aerospace engineers to give up their drafting board and tools and move to the computer based modeling tool called CATIA. The response from those aero engineers was “you can have my drafting tools when you pull them from my cold, dead fingers”. So, Boeing hired a large number of college graduate engineers and trained them in CATIA. Drawings would come off the senior design engineers drafting boards, and these new CADCAM engineers would recreate the drawings in CATIA. Those digital models were then available to the numerical control machines on the factory floor. They were "resistance to change". Fast forward to today – the only place you will find a drafting board in Boeing is in the Boeing Museum in Seattle. All of the senior engineers use CATIA (because they were the junior engineers in the 1980’s. It took a generation or two to transition from paper-based to computer driven modeling.

Many of you reading this witnessed a similar story relative to the software engineering community. Even into the 90’s, mainframe and Unix programming was performed using Vi and EMACS, or even using command line. Then, Borland introduced Turbo Pascal and their IDE (Integrated Development Environment) in 1983. Using this new IDE, programmers could program, compile, link, and execute a program all in one environment. For a decade or more, these IDE’s were considered toys or crutches, and “real programmers” used Vi (or EMACS or command line, you get the idea). Again, an example of "resistance to change" by both the software engineering community, and the companies that would not pay for these new tools. Today, most software is written using IDE’s… again, it took a generation or two.

I feel that maybe this article has seemed like a random walk. So, what is really my destination? How do I wrap this up? If we are to look at the current systems engineering graduate education, I have been told that there are very few graduate SE programs right now that have integrated MBSE, digital engineering, and/or digital twin concepts woven into their curriculum. I am not talking about courses dedicated to these topics, but these topics simply integrated into the curriculum. In those programs that have done this, their students are being swept up months before they graduate with near six figure offers because they have used MBSE in several classes and maybe on a research project, not to mention their thesis or dissertation.

Many hundreds of hours went into the creation of these Vision documents by leaders in our field from all over the world. It is my opinion that we should take more time to consider, reflect, and act on those vision documents. We should also take a look at them retrospectively and determine where they were right, and where they missed the mark. Then, we need to ask ourselves as a community, what do we need to do moving forward.